The Question of Human Origins

So God created him, in His own image He created them.. 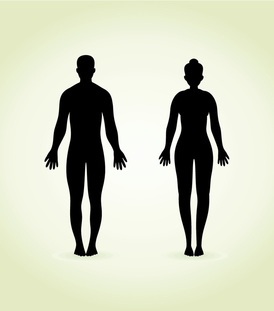 New Gene studies show stasis back to less than 7 people
The Question of Human Origins and the Overpopulation Myth
One of the most debated and published topics of our time, the notion of human evolution intrigues and captures the attention of all.  If those in science working in this field catch the attention of the media, it could mean an instant ticket to fame and position, regardless of whether the findings are credible or not.  Governments and institutions stand ready with millions in research funds to pursue these endeavors, but as we will see, little evidence exists.  In fact, most all known so-called "ape-man" fossils can fit in a box that would slide under your coffee table!  Skulls and skeletons are often reconstructed from a few bones or fragments, and body parts are even mixed with those from different dig sites to make a headline. Impressive drawings and animations of non-existent hopeful monsters spring forth from the screens to bring this fiction into reality for many.  Pro-evolution headlines and absence of any followup retractions is a reality for these so-called "discoveries".   The publicity history on this topic is dismal if not downright fraudulent.  But what really is the evidence?  We will continue to add content for you as time allows.   Here is only one case in point regarding genetics - more to come!

The HLA-DRB1 Introns Study.  These are a signature in Chromosome 6, (Mans number).   Earlier research concerning human origins centered on the Exon region, (promoted by evolutionary geneticist Ayala and current NIH head Francis Collins - past head of the Genome Project) which are well known to exhibit variability.   These were initially ruled adverse to a single-couple origin for humans and were widely reported as such.  Late studies centered on the stable Inron region of CH6.  In that region, hereditary status was found that completely overturned the highly publicized Exon account and supported a single couple start for Mankind. (1, 2)
1. Gauger, Ann Science & Human Origins, 2012, p.105-122
2. The Parent Flap: An Interview with Ann Gauger 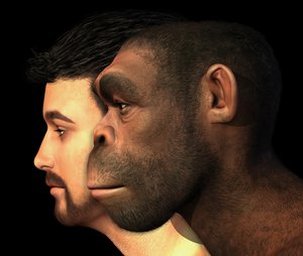 The Cranial capacity of chimps appx 400cc, Man appx 1020cc
The Human Genome project - a closer look
First hailed as proving near evolutionary connections between chimps and man, the percentage of common gene structure has now dropped from 98% to <90% in some gene control sequences.(8) Upon close inspection of the genome data, it's been determined that many decoded chimp sections were likely contaminated in the lab by their human handlers, throwing the findings off.(3) Using percentage of similarity is also misleading when comparing such large quantities of data. The human DNA data count equals about 2.4 GB, 1% equal to 2.4 Million differences between types and 2% being 4.8 Million!  It's clear as time goes by science is confirming that this percentage is widening, not narrowing.  In comparison, this amount of information would equal 20, 500 hundred page books of good writing.  Even 4% would equal 40 of these 500 page books. (4)

Humans share 55% of their genes with a banana, 60% with a fruit fly, 75% with a mouse and 80% with a cow!  The genetic gulf between chimps and humans is wide and getting wider.  Widely publicized claims of similarities are being carefully and systematically challenged from various research institutions.  This would include the debunking of the notion of "junk" DNA, the assertion that humans did not come from a single couple and claims of closely related DNA (as above).  There are over 20 gene sections distinct to humans and absent in chimps in their respective DNA.  So when we look at the real differences, these "closely related" statements turn out to be baseless deception's where evolutionary "scientists" toss their professional credibility for personal gain and public notoriety.
Mitochondrial Eve and the DNA question
Regarding studies relating to mitochondrial or mDNA, these were realized to be primordial in modern humans.  It seems mDNA is a near original copy left from creation itself, useful for estimating age and origin of human populations.  Evolutionists jumped in and immediately dated these stasis sections as 200,000 years old.  Later on (in no surprise to the faith community), controverting evidence surfaced.  The pro-evolution side had miscalculated a mutation clock that seemed to be running slower  than actual.  Turns out Mrs. Eve had a watch looking more like 6,500 years old!   Later as the male side was researched, (Y-chomosome), the husbands date matched!  Adam finally did something right!  Both fit the Bible account perfectly. (5)
Chromosomes
Apes have 48 chromosomes, humans have 46.  Evolutionists claim some sort of cross fusion occurred and out came humans from apes where two ape pairs fused, making 46 chromosomes.  Upon closer study of the telomere/centromere junction points, this notion has now been falsified.  Indeed, it seems mankind crossed an event horizon sometime in the past where a families genes fused from 48 to 46, this could have been the Fall as recorded in the Bible. Video - Creation Magazine LIVE! Human Evolution falsified
The Genome numbers, a closer look
A bigger question is, where did all that orderly code originate, 2.4 Gigabytes of it?  According to evolution, a single tiny cell with its closed system of coding has been busy cranking out those "good" mutations for hundreds of millions of years, so slowly you can't observe them in the laboratory nor see the resultant in the field!  Producing new DNA using mutations as an imaginary engine that  doesn't exist.  Using math, 2.4 GB of human DNA minus 4.8 MB in our very first ancestor - the single cell, results in 2.395 GB of new working DNA information, correct?  All being generated by mistakes and happening so slowly you can't observe them.  The sum of this information would equal about ten million well written words, quite a pile of perfect accidents! (8) 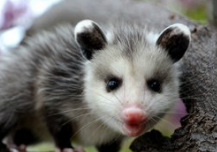 Hi Cousin!
Press Warning: Evolutionists claim you descended from an Opossum!
Opossum provides Insight into Human Evolution 2
"Led by researchers from Harvard and MIT, a team of scientists sequenced the DNA of the gray South American short-tailed opossum — the first marsupial to have its genome sequenced.  Marsupials are closely related to placental mammals, ﻿the group that includes humans,﻿ but their evolutionary lines diverged 180 million years ago during the dinosaur age". (1)  The researchers did the 'science' of sequencing an opossum, but they took for granted the evolutionary dogma that teaches humans evolved through the Mouse/Opossum/Lemur/Monkey line supposedly 180 million years ago.

Notice how the word "but" is used and ask yourself, "diverged from what?"  What animal branched into humans and opossums? Interesting that in Oregon, (3) a fossil dig unearthed the three above (mouse/opossum/lemur) together but no chimps or man!  No intermediates were found there nor at any other known fossil dig.  They perished together in a catastrophe - and evolution is not evidenced.

Marsupials are pouched mammals.
Did you notice (according to the article) that we are closely related to kangaroos? Compare the Lemur anatomy/physiology and behavior to Opossums.  Very different.  So where are all those in-between creatures? Only in the drawings!  And where did they get that 180 million year number?  Lots of clock time is needed to get from opossum to man - all assumptions of course!  Evolutionary dogma makes a catchy story line, but no fossil intermediates exist to link these types, only drawings.

Is common descent an honest picture for these four? Remember the DNA! 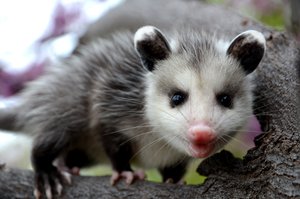 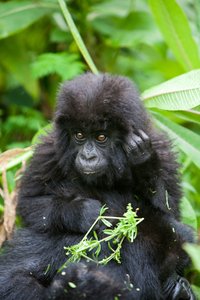 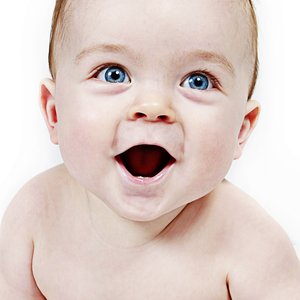 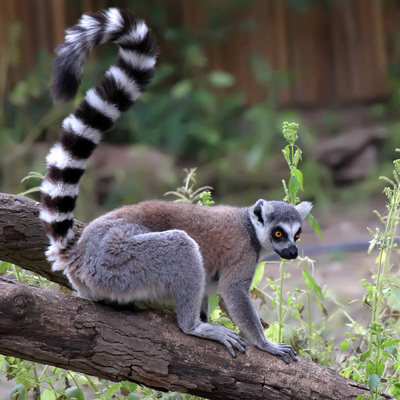